Unique Adventure International presents this package to experience the real taste of Tibetan highland adventure and an insight into Tibetan Buddhism. All travelers interspersed in excursions to ancient monasteries will be enchanted during this trip. The trek goes through the rugged Tibetan terrain, arid topography resembling a lunar surface to the colorful ancient villages dancing with prayer flags and dwelled by magnificent monasteries.

The trail connects the two major monasteries of Tibetan Buddhism – Ganden and Samye. Ganden, the first Monastery of Gelugpa sect is 45 km away to the east of Lhasa. It was built by Tsongkhapa. The monastery is renowned as one of the vital and biggest Gelugpa monasteries in Tibet.

Unique Adventure International always efforts to operate the itinerary as per the negotiation made. Not always, but extreme adventure activities being operated in remote mountain regions, bears high risk and needs to be flexible. Unpredictable incidents, accident, weather conditions or flight schedule may be the reason that forces us to make slight changes in our scheduled programs. We expect your patience and cooperation in such circumstances

Morning transfer to the airport to connect the flight to Lhasa. This spectacular flight, on Air China, takes us right across the main Himalayan range and provides us with magnificent mountain views. After landing at Gonggar Airport and meeting our representative from Dream Tibet Travel, it is a further 2 hour drive by private vehicle to Lhasa where we will check in to the Hotel. It's advisable to rest and take it easy for the remainder of the day due to Lhasa's altitude.

We will have two full days in Lhasa to make excursions to the following places:

Jokhang Temple - The Jokhang is the principal and holiest Buddhist temple in Lhasa, as well as all of Tibet. It is the focus of devotion of hundreds of Tibetans from near and far who circle it to gain spiritual merit. The Jokhang was first constructed in the 7th century and has a large gold image of Sakyamuni Buddha or Jowo Rinpoche.

Potala Palace - Potala is the winter palace of the Dalai Lama and is believed to contain 1,000 rooms. Potala was rated as one of the wonders of the world in the early 14th century.

We will also visit the Barkor bazaar in Lhasa, a colorful congregating place for Tibetan merchants.

Early morning drive to Ganden, one of the 3 monastic universities of Tibet. Our trek begins from Ganden. The trail gradually ascends for 1.5 hrs before reaching a saddle marked by a cairn with views of Kyichu valley to Lhasa. Traversing the west side of the ridge from the saddle, the trail reaches a spur surmounted by a cairn, a spring and then the village of Hepu in 2 hrs. 1 hr from Hebu we reach Ani Pangong, a small nunnery. The trail climbs steadily for 1 hour through marshy meadows to Yama Do.

In 2 hrs past Yama Do we ascend Shug-la pass (5250 m). It takes at least 1.5 hrs from the basin negotiating boulders and lumpy ground along the final steep climb to the pass. The route continues over the Shug-la pass following the cairned trail descending gradually and reaching the valley in 1.5 hrs from the pass. Cross the Tsotup Chu. Nomad herders with their herd of yaks, goat and sheep can be found here.

From the Tsotup Chu valley, follow a small tributary entering from the south-west. The route follows steeply upwards for 30 mins until you reach a large basin. The terrain is not particularly difficult to reach Chitu-la pass (5100 m) which is marked by several cairns. A short steep descent will bring you into a basin with three small lakes. The trail at many points is not clearly marked and goes past several seasonal camping sites before it reaches the valley floor.

The trail is now wide and easy to follow and goes through forest of shrubs and rhododendrons for 3 hrs. The trail winds through a series of meadows before reaching Gen Do, a place with a ruined stone structure. The forest thins rapidly and we reach the first permanent village of Chantan (4020 m) after leaving Hebu.. In 30-40 mins we arrive at the turn off at Yamalung Valley. Yamalung Hermitage is another 1 hour steep climb from the valley floor.

From Yamalung Valley it is 3.5 - 4 hrs to Samye. We go past the villages of Nyango, Wango and Pisha. From Pisha the entire lower valley of Samye and the golden spires of Samye Monastery can be seen.  Visit Samye Monastery and drive to Tsedang to visit Yambulakhang Palace O/N at Hotel.

Transfer to Gonggar airport and fly back to your onward destination.

What is not included? 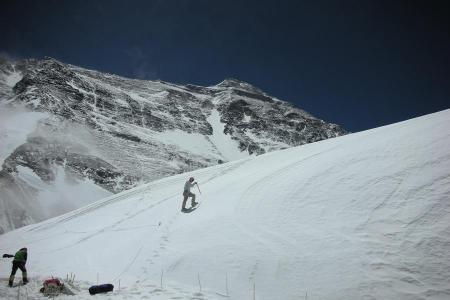 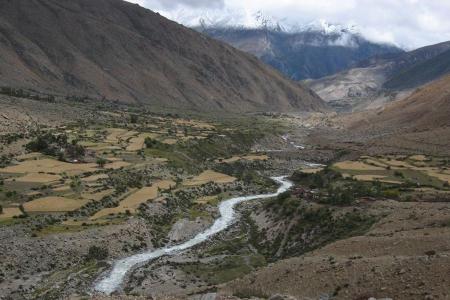 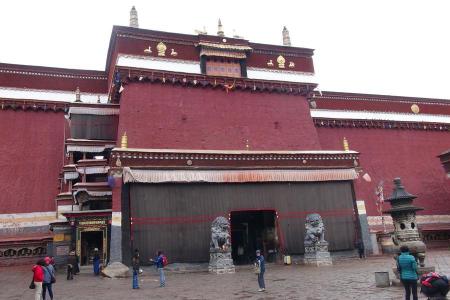 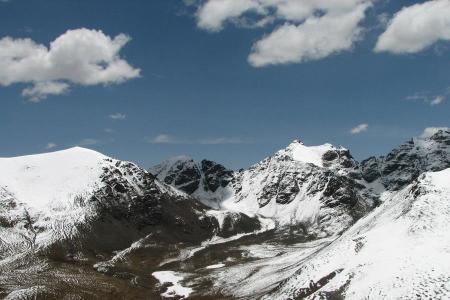