Kumari, literally means -Virgin in Sanskrit, Nepali and other local languages, is regarded as living goddess. Kumari is a prepubescent girls selected from Sakya clan (Buddhist) family of Newari community and worshiped in all the religious occasions. It is believed that she is an incarnation of goddess Taleju (Durga).

The custom of worshipping an ordinary pre-pubescent girl, as a source of supreme power has been an integral part of both Hinduism and Buddhism, a tradition still continues in Nepal. Throughout Nepal, there are several Kumaris among them the Royal Kumari of Kathmandu is best known and she lives in the Kumari Ghar, a palace located at Kathmandu Durbar Square. A rigorous process is followed in the selection of Kumari.  The current Royal Kumari, Matina Shakya was installed in October 2008 at the age of four.  Neighboring city of Kathmandu, Patan has similar tradition of selecting Kumari and she is considered the second most important living goddess.

The house of the Living Goddess looks like Buddhist Monastery. It was constructed in 1757 by Jaya Prakash Malla inside which lives the young girl who is selected to be the town's living goddess, until she reaches her first puberty or excessive flow of blood and reverts to being a normal mortal. The three-storied residence of Living goddess is situated at the west vicinity of Hanuman Dhoka Palace. The building has profusely carved wooden balconies and window screens.

Whilst the veneration of a living Kumari in Nepal is relatively recent, dating only from the 17th century, the tradition of Kumari-Puja, or virgin worship, has been around for much longer. There is evidence of virgin worship taking place in India for more than 2,600 years. It appears to have taken hold in Nepal in the 6th century AD. There is written evidence describing the selection, ornamentation and worship of the Kumari dating from the 13th century.

While the Royal Kumari of Kathmandu is by far the best-known and most powerful living goddess, she is not the only one. Throughout the Kathmandu valley, there are a total of eleven Kumaris. As well as the Royal Kumari, there are three other minor Kumaris in Kathmandu itself. The other two main cities in the valley, Patan and Bhaktapur, boast two and three Kumaris, respectively. Two other Kumaris inhabit smaller towns in the valley.

On Indra Jatra festival, celebrated in every September, the Living Goddess in all her jewelled splendour travels through the older part of Kathmandu city in a three-tiered chariot accompanied by Ganesh and Bhairab each day for three days. She also blesses the King in keeping with the tradition in which the first king of the Shah dynasty, who annexed Kathmandu in 1768, received a blessing from the Living Goddess.

On the following programme, we will lead you to the former Royal National Kumaries as well as the Kumari of Patan. Also, we will visit the Kumari house in Kathmandu to take bless from the living goddess on this programme. You may feel the Kumari from this research tour.

Meeting upon arrival at Kathmandu International airport by our representative, transfer to hotel.

Visit one former national Kumari and family in Kathmandu, exchange feelings with former Kumari and her previous experience, overnight at hotel.

Days 03 Visit another former national Kumari and family in Kathmandu, overnight at hotel.

Days 06 Transfer to airport, departure on your own destination. 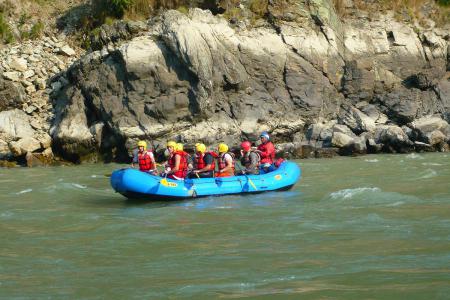