CELEBRATING HOLI! IT’S A SWAMP OF COLOR BURSTS THAT WILL FIND YOU ALL WET… SOGGY…and on a high!!! 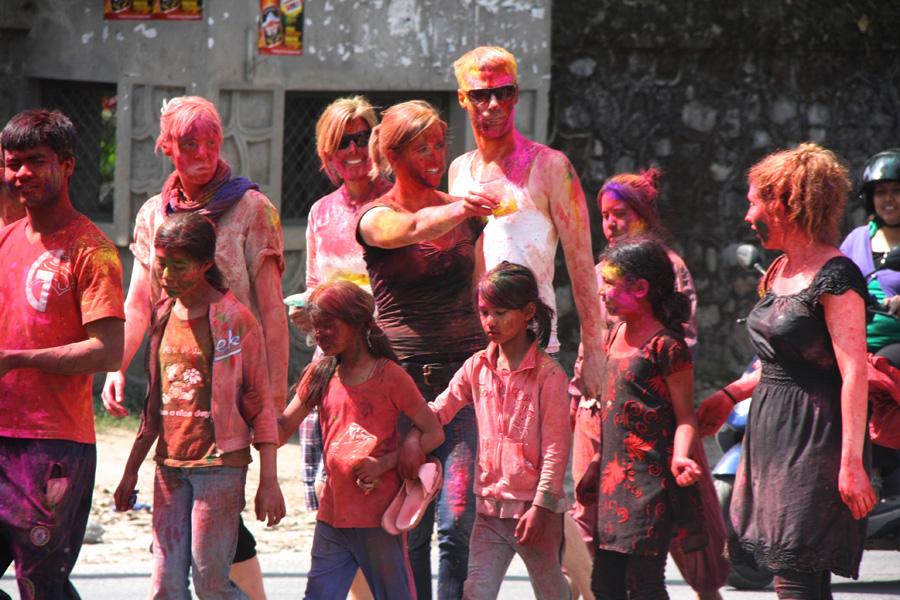 Also known as ‘Fagu Purnima’’ in the local jargon, THIS IS NEPAL’S MOST COLORFUL FESTIVAL…its all ‘BHANG KO LADOOS’’ [Sweet round lentil balls MIXED WITH GROUND MARIJUANA] a lot of Nepal’s festivals are ubiquitously known for its intoxicants which also include alcohol…but then this is BOAC [certainly not the British Overseas Airways Corporation of the 80-90s by any measure], this is the pleasantly nasty ‘Balloons of All Colours’…it can hit you anywhere: on your head, face, your boobs & can even land on your feet & your backside…the joys of this festival is: it’s a ‘free for all’…despite authorities putting out early warnings to revelers to keep it low-key…& as always, the GIRLs are the soft targets…

The festival of colours is celebrated with wild abandon across Nepal, as local folks let fly with water bombs and tons of coloured powder to celebrate the mythical victory of Vishnu over the demon siblings ‘Holika and Hiranyakashipu’. Be sure you’ve got on your worst clothes on the day and expect to be a dousing target, virtually!

This would be just the time to plan your trek to Everest Base Camp on one of Nepal’s most happening and colorful festivals; this would coincide well and jell with the spring festival of Holi. This is one of those big-time festivals celebrated during the year by Hindus in both Nepal and India. The festival highlights the start of spring and the triumph of good over evil. Nepal is mostly a Hindu country so this is an important festival of the year and is also declared an official holiday.

The night before Holi actually begins with bonfires which are lit right on the city streets. In Nepal you won’t see this so much but if you happen to be in Mumbai or some cities in India these sights are very visible and look amazing; it’s estimated that over 40,000 fires are lit up across India lighting up the night sky in a spectacular display of this event. It’s superb to watch this from the windows of your plane if you are in flight during this time. The fire is lit to celebrate the death of Holika, a demoness who is said to have been killed by being thrown in a bonfire.

The actual action takes place the next day when people who “play” Holi paint each other’s faces and bodies with colored powder or throw colored water at each other from buckets and water balloons. It’s a virtual balloons battle and almost everyone finds themselves participating one way or the other.

Not so much like most other Hindu holidays there are no religious rituals or prayers and it’s a day to literally stone the crows! If you want to participate make sure to buy some of the dried color powders or you can get yourself a water spray gun called a ‘pichkaris’.  Adults normally don a white kurta and carry some of the dried powder called gulal to smear on others faces. Foreigners as well as locals join in the merry fray as all cultures come together to celebrate and have a go at each other…sometimes it can run out of control if somebody targets a non reveler or somebody’s girlfriend, sister or daughter…but overall this is a happy-go-lucky festival where its all up for grabs…

The traditional consumption of bhang (marijuana) is generally accepted and typically mixed with a ‘lassi’ which consists of a green paste derived from the plant mixed with milk and ghee along with the addition of spices.

In some of Nepal’s big cities, this can actually be found in special shops that are allowed by the government for this day only. Another Holi favorite is ‘Gujhiya’, a sweet made of dried milk powder and crushed nuts, laced with crushed marijuana.

If you want to witness Holi upfront, its best to get out and see the activities between 10am and 4pm in the afternoon. As you walk the narrow streets of Kathmandu make sure to look out above you for the pelting of water balloons and buckets of cold colored water pouring down on you. Pretty much anyone outside on Holi is considered as playing so make sure you wear clothes suitable for this day. If you are carrying a camera, make sure it’s kept in a waterproof bag.

Traditional natural dyes were used such as turmeric and sandalwood paste mixed with extracts of Neem, Haldi and Bilva to give the pasts color in earlier times. However, the modern age has seen the introduction of dyes and synthetic chemicals which are more easily mass produced and significantly cheaper. But you’ve got to be careful of these dyes and not let it get into your eyes.

Holi wraps itself up in the late afternoon and everyone goes home to wash up and change clothes. The day usually concludes by visiting friends and relatives and exchanging sweets.

What are the best places to experience Holi in Nepal?

If you are in Kathmandu the streets of Thamel and Durbar Square are the best places. Durbar square can be absolutely packed with people whereas the small streets of Thamel are filled with kids looking to sneak up on you with water-guns and balloons. If you are in Pokhara just walk along the main Lakeside Road. Even if you are trekking in some of the less populated regions you will still find kids playing Holi, but its not quite the same experience as being in Kathmandu where somebody will have a go at you…the above mentioned areas are the most happening places for holi with the biggest concentration of tourists found in these areas; but by and large, holi is played aggressively throughout the ancient valley on this day…

When is Holi in Nepal?

The actual data of the festival varies from year-to-year and is determined by the approach of the full moon before the spring equinox. Holi occurs a day earlier in Nepal then in India and if you are looking at most websites you will see the Indian dates. Here are the dates for Nepal:

Holi 2020: was on March 09 in Kathmandu and other Himalayan regions of Nepal and on March 10 it was celebrated in the Terai region also known as the eastern belt [plains] of Nepal. 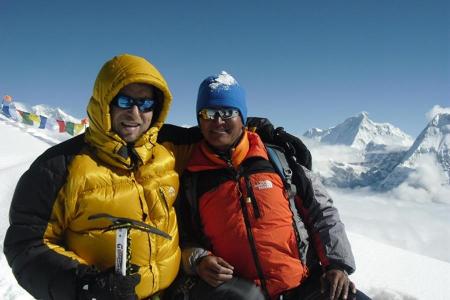 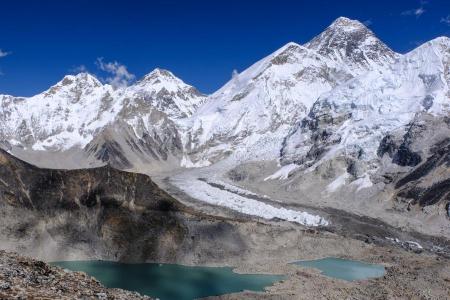 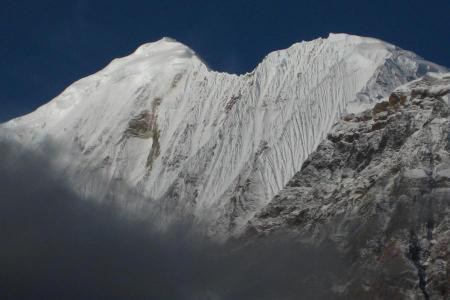 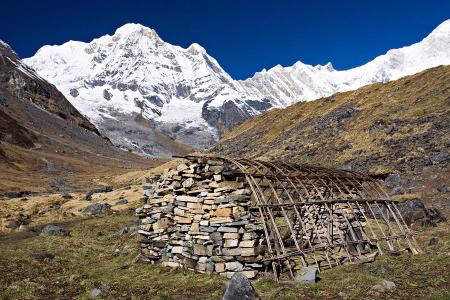 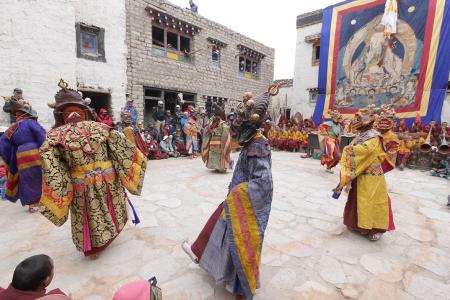 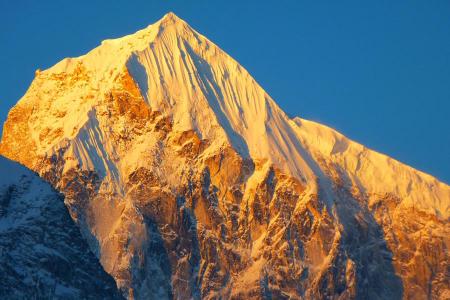